I’m thrilled and honoured to share with you that I won the  BUMA Music in Motion Awards   –   Best original composition for the music I wrote for the short film GOYA.

The 35 members of the jury wrote:

“The short film GOYA is a memory-gathering story. In a dreamlike video in cinematic style, a wondrous journey of an anonymous character unfolds, parallel to which the attempt to find the origin of the journey itself is revealed. The image and music in this short film reinforce each other very much. You could say that music is half of this film.
The score excels in originality, is progressive and surprising.         Giuseppe Doronzo knows how to produce a powerful and original production with less traditional instruments and arrangements.
Special mention for the wonderful use of woodwinds.”

Thank you all for your support! 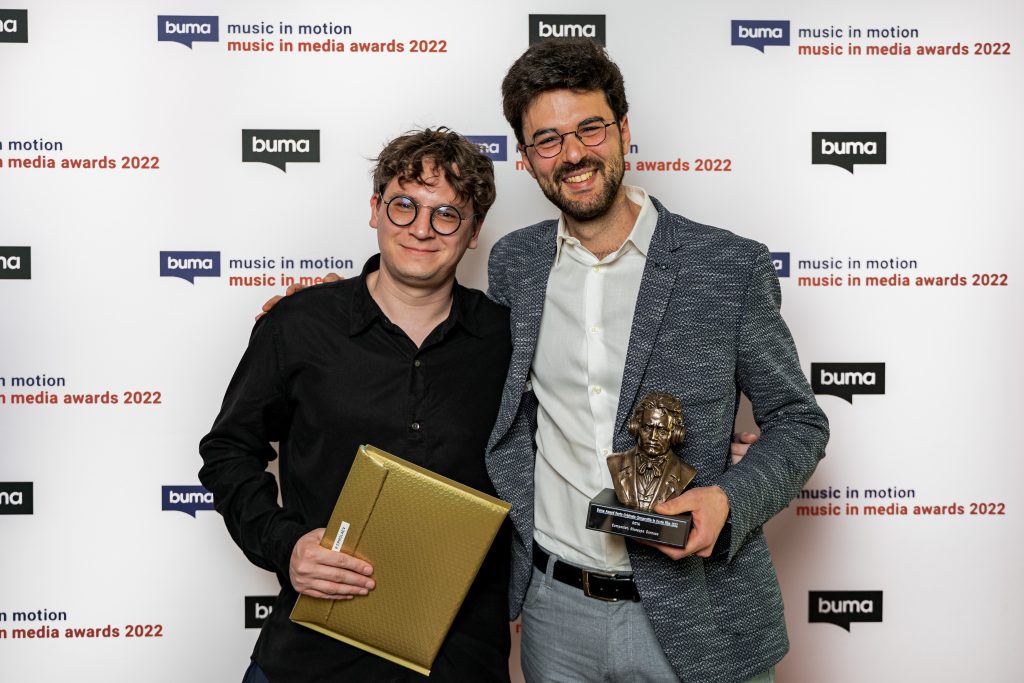